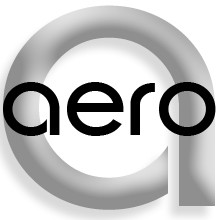 The aero bridgeless atomizers are made with a Cisco Spec high performance Low resistance 1.5ohm coil with absence of a bridge and its wicking material creating an exposed coil. The aero's have some tweaks and adjustments that make this a better bridgeless atomizer. These atomizers are for dripping or bottom feeders only. These will NOT work with standard cartridges. These atomizers are not designed to be run on standard (cigarette sized) batteries and are known to significantly reduce the lifespan of eGo | Riva style batteries. Older heavily used batteries and batteries with faulty protection circuits can be instantly rendered useless.

There is pre-primer fluid (straight pg/vg) used in manufacturing of these atomizers, blow out any excess primer, drip 4-5 drops of e-liquid on any new atomizer, give the liquid 30 seconds or so to soak in and wet the coil, drop another 2-3 drops just before vaping. Do not run the atomizers dry as this puts excess stress on the coil and could damage the coil rendering the atomizer useless.

These atomizers carry no warranty. Each atomizer is metered before shipping, therefore DOA claims will not be accepted.

These atomizers carry no warranty. Each atomizer is metered before shipped therefor DOA claims will not be accepted.